Opinion: Movies to Escape from the Covid-19 Sports Void 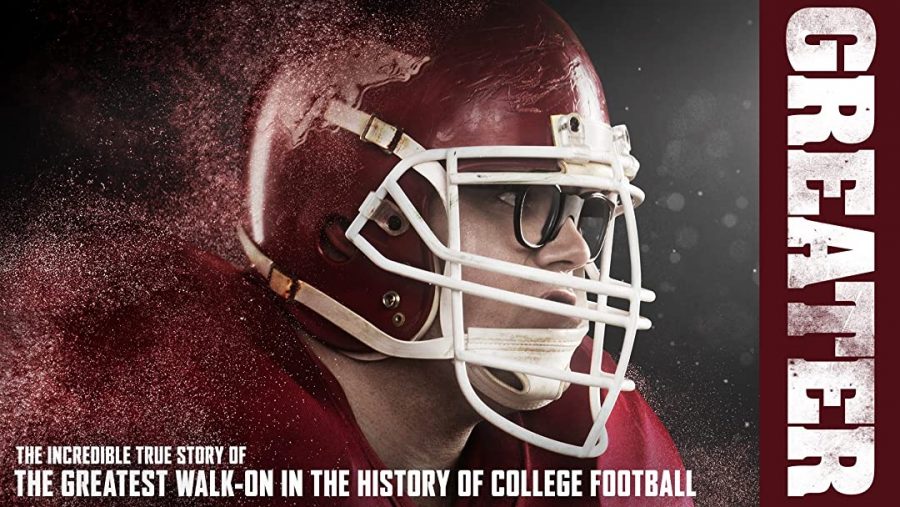 "Greater" is an awesome true-life story that can be watched on Netflix about possibly the best college walk-on in the history of college football.

Five weeks ago, little did we know that the Covid-19 pandemic would eliminate all of our sporting events. I have a feeling that most sports enthusiast (myself included) have been searching the network trying to get a fix of any competition-based programming. Although sports fans aren’t able to view live sporting events at this time the high ratings for the Jordan documentary and NFL draft just illustrated how desperate people are for any sports programming. The following are some of the best sports-influenced films that are based on true-life stories which are available on streaming apps such as Netflix, Amazon Prime, and Hulu.

Attempting to master golf, a game guarded by the upper crust at Brookline Country Club in the early 1900’s, Francis Ouimet (Shia LaBeouf) began to perfect his skills, but battling with a disapproving father and extreme financial class prejudice the task to defeat his idol and reigning champion Harry Vardon, who was the Tiger Woods of that era, would not be easy. The story follows Ouimet who in 1913 takes on the best professionals in order to become the first-ever amateur to win the U.S. Open title.

“Miracle” is a story of the 1980 U.S. Olympic hockey team that faced an insurmountable foe in the Winter Olympics. U.S. hockey coach Herb Brooks (Kurt Russell) had an unenviable task of working with a bunch of hot-headed college athletes who would turn into a cohesive and disciplined Olympic leveled unit and attempt to bring home a gold medal during the time of the historic Cold War with Russia. This is one of the best underdog sports movies.

In Virginia in 1971, back during the early stages of integration and when racism was still abundant, this true film shows how an African-American head football coach works alongside his white assistant coach (former head coach of the same team) to accomplish a common goal of winning a state title. Herman Boone’s (Denzel Washington) unique method of having his African-American and white players learn three things about each other to become close as a team, and if they failed to do so then the exhausting and brutal three-a-day practices would continue. Boone knew that working together would be beneficial to having his team preform as a strong cohesive squad.

“Greater” is one of the most inspiring films that I have ever seen. When people continued to tell him that he wasn’t good enough to play Division I football, Brandon Burlsworth decided to be true to himself and take a chance at his childhood dream. Depicting how cruel the world can be for a young overweight child trying to make his family proud by playing football in Arkansas, Burlsworth portrayed tremendous strength, courage, and persistence. This movie tells a story of possibly the greatest walk-on in the history of college football in 1994.

This 1986 film is an inspiring story of second chances. An out-of-town coach with a checkered pass gets a second chance to prove he has what it takes to succeed. Coach Norman Dale (Gene Hackman) takes a over the high school basketball program of a small Indiana town where basketball is loved dearly. Some of the towns people don’t agree with his teamwork method of coaching, but he stays true to himself and pushes on.

“The Rookie” is a story about a coach who discovers it’s never too late for your dreams to be fulfilled. Never making it out of the minor league, Jim Morris (played by Dennis Quaid) ended his pitching career. While coaching a high school team in Texas, Morris’s team makes a deal with him if they win the championship he will have to try out to make a professional team. This is a great baseball movie that is proof that you should never give up on your lifetime dreams.

If you don’t mind reading subtitles, “Kid Kulafu” is an outstanding journey through the life of the incredibly fast-handed Manny “Pacman” Pacquiao. The movie shows the impoverished beginnings of the future Hall of Famer. It shows how Pacquiao, who was not initially interested in fighting, discovered that he could provide support to help his family survive in a very poor environment in the Philippines. Once understanding that boxing was the way out, he focused his full attention on the ring where his natural speed and power made him tough to beat. To this day, Pacquiao continues to win fights at the incredible age of 41.