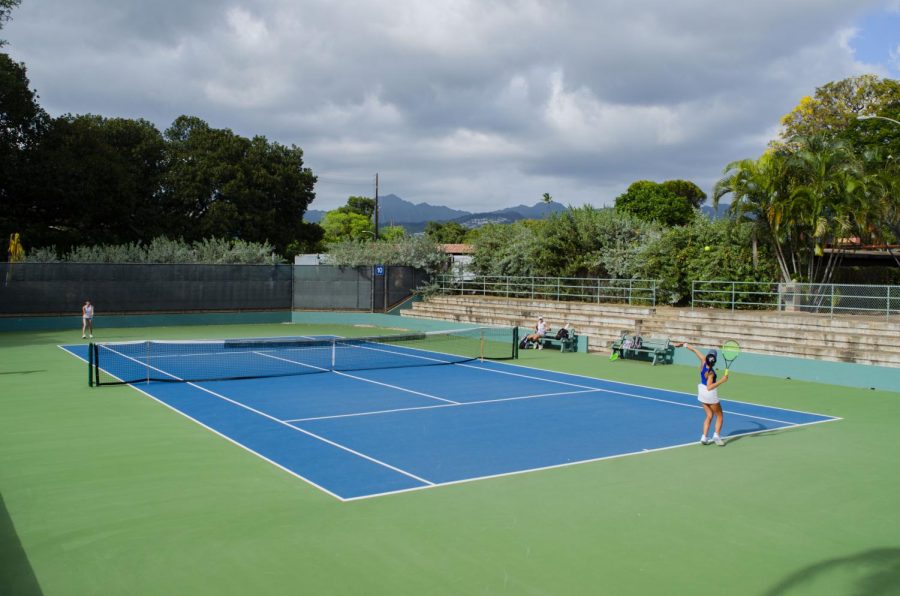 Chaminade women’s tennis team fell to Dominican on Sunday at the Donald A. Andrew Diamond Head Tennis Center. Although the Lady Swords lost 6-1, many of the matches were hard-fought, three-set battles.

Freshman Kayleen Lau from Maui won her first singles match of the season, 6-2, 0-6, 7-5, against Ofelia Lopez Camarena. Playing at 2nd singles, she blasted through the first set winning 6-2 but lost the second 6-0. In the final set, Lau and Camarena were tied at five all. Still playing in exhaustion from the first two sets, Lau managed to push through the last two games and come out victorious.

“It wasn’t that we lost a lot of matches today,” said coach Ty Aki. “So to me, having these matches going close to three sets is a huge success for these guys.” 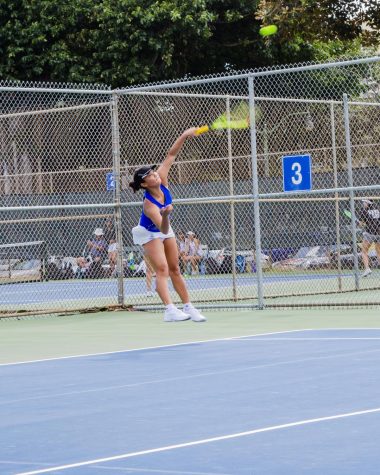 The last time the Swords and Penguins challenged one another was three years ago in 2017.

“The girls, they study like crazy,” Aki said. “The amount of time they have to spend on the court, it just looks a little off. They don’t put enough time out on the court because their school schedule is the most important thing for us. I know if I had more time with them on the court, they would perform a whole lot better. But then that would take away from their school and that’s not what I’m about. I’m all about them getting the grades because in the last four years, we’ve always received awards from the ITA, the Intercollegiate Tennis Association.”

As for the rest of the Lady Swords, they were also in competition mode, as they didn’t go down without a fight.

After Monday’s 6-1 loss to UH-Hilo, Chaminade is now 0-6. With only halfway through their season, Aki is looking towards improving the players with their reactions to situations when in the match and playing out the point.

“It comes down to performances,” Aki said. “I take care of the development side, as well as the performance side. So when we practice, there’s always a little hitting, but most of the time we spend on playing out points. Because they need to learn how to play the point itself, how to hit it back and forth. … So the situation sets up and how to get out of it.”

Watch the Lady Swords played UH-Hilo again on Thursday before taking on UC Santa Cruz on March 24 at 12:30 p.m at the Donald A. Andrews Diamond Head Tennis Center.