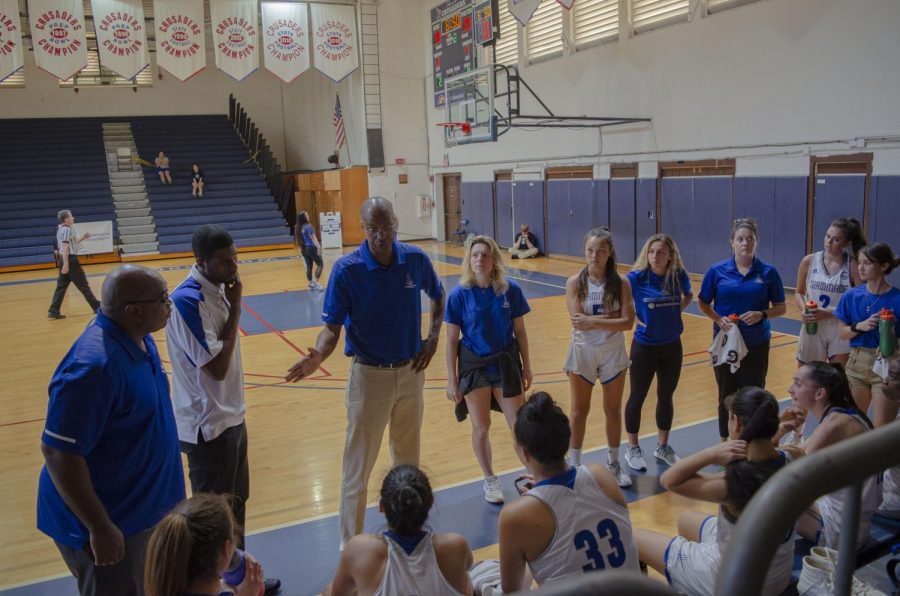 After coming home from an 11-day, five-game road trip, the Chaminade Silverswords women’s basketball team’s first game back was against No. 3 Hawai’i Pacific University Sharks, undefeated in conference play this season, at McCabe Gym on Tuesday.

It was a brutal opponent to face in the second-to-last game of the season. But for one quarter, the Lady Swords competed with the Sharks. HPU exploded in the second quarter to pull away for an easy 88-54 win that dropped Chaminade’s record to 4-23 overall and 4-17 in the Pacific West Conference.

The Silverswords had a 14-13 lead in the first quarter until the Sharks sank a 3-pointer at the buzzer to give them the lead. In the second quarter, they pulled away from the Swords with a 29-11 effort that effectively put the game away.

“I feel like the last game we came out a little scared in the beginning,” said senior guard Destiny Castro. “But then we came out with a lot energy this game and like I said we just know it’s our last game for the season and we just wanted to have fun on the court and make it a good last two.”

Castro scored 19 points, hauled in eight rebounds and grabbed four steals. She made six free throws and three 3-pointers. Castro is the all-time leader for the Lady Swords in scoring average. She has 1,635 points overall and is ranked fourth in career scoring in the state of Hawai’i regardless of division. She is averaging 16.8 points per game. She also has a career total of 273 steals averaging 3.5 a game. 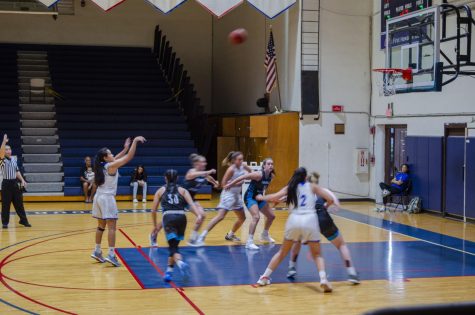 The only other time these two teams have met this season, CUH lost 69-40.

CUH has had a tough season with an overall record of 4-23 with only
one game left to play for the season.

The season for CUH Lady Swords has been a tough road for them. Having an 11-day road trip with five games made it a struggle.  Challenging Point Loma and Concordia Irvine had its toll on the team. Losing to both schools by at least 30 points is hard to come back from. Throughout the season, the Lady Swords has had a few close games with Biola and Notre Dame De Namur.

With the season ending, senior Destiny Castro scored a total of 500 points, a total of 147 rebounds and 35 3-pointers. Brian Nueku also a senior scored 181 points, 71 rebounds and 26 3-pointers. Looking towards the last game of their season, the seniors are ready to give it their all.

“It’s bittersweet,” Castro said. “I gave my time and all my physique to basketball for the past 10, 12 years and it’s sad to say goodbye but I think I can walk away happy from the game.”

The Silverswords will wrap up this season playing against Hawai’i Hilo at McCabe Gym this Thursday at 5:30 p.m. At the end of the game they will be honoring their seniors, Castro, Kali Benavente Kristin Wong and Breann Nueku.