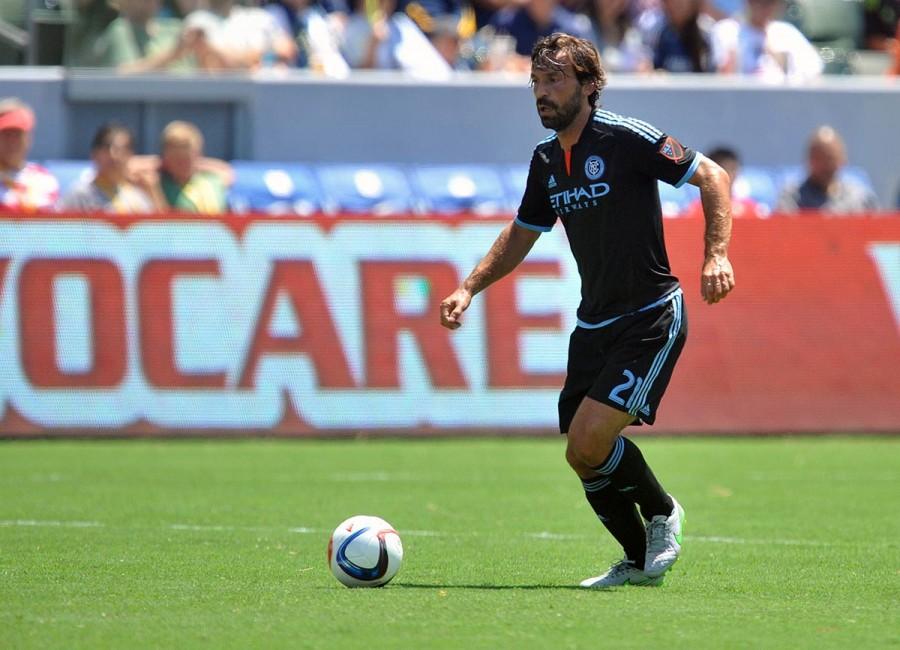 As the new Major League Soccer season is halfway through, many new faces will be seen in the pitch through the next couple of months. The MLS is slowly becoming more known around the world and a lot of big-name stars aim for the Major League when the transfer windows open. With that being said, here are the top 10 prospects to watch for the rest of this season:

1) Sebastian Giovinco, 28, was recently acquired by MLS club Toronto F.C. from a transfer with Juventus from the Italian league. The Italian national brings speed and experience to the club’s offense. The midfielder has found the back of the net 17 times since he joined Toronto.

2) David Villa, 33, has been the sensation for New York City FC, the newest club to join the MLS. The Spanish forward falls third in the scoring sheet one goal behind Sebastian Giovinco who has 16 goals this season.

3) Andrea Pirlo, 36, the veteran Italian midfielder, has only played in the last six matches for New York City due to his recent arrival from Juventus. However, everyone is well aware of his technical skills on the ball, and the leadership he could bring for City, as he lead Juventus to the UEFA Champions League final this past summer.

4) Frank Lampard, 37, was the latest signee for City and has only suited up in the previous two matches. Regardless of his two appearances with the club, Lampard is a world-class defender who has the leadership to organize the back lines and he has done so through the years at Chelsea FC and England’s National team. Definitely a key player to New York City’s defense.

5) Steven Gerrard, 35, arrival to Los Angeles, was outstandingly welcomed by the fans and even by notorious L.A. Lakers’ star Kobe Bryant. Gerrard has only played in the last 6 fixtures for the club, scored one goal and contributed with three assists thus far this season. His character and hard work ethic guarantees a solid defensive midfield for the Galaxy.

6) Giovani dos Santos, 26, is the latest addition to the L.A. Galaxy club. He has only competed in the last three matches for the Galaxy and already has two goals under his belt. The Mexican midfielder, along with Gerrard, is expected to combine and string the passes needed for the club’s offense. Gio was a stand out for the Mexico national team during the Gold Cup this past summer. He is still a young player who has the speed and dribbling ability to easily get past defenders.

7) Robbie Keane, 35, has been a familiar face in Los Angeles from the previous season. The Irish striker has been successful this year appearing in 17 matches with the Galaxy and racking up the stats with 15 goals and seven assists. Keane was praised by Steven Gerrard upon the English’s arrival to the club. Robbie brings the experience up front as a striker and he is influential in the attack of the Galaxy.

8) Ricardo Kaka, 33, was new to the MLS this season when he joined Orlando City F.C. However he has played in every match this season and has drilled 10 goals into the back of the net. The Brazilian midfielder has been playing in Orlando City’s midfield since the beginning of the season. Kaka’s unique, relaxed style of play makes him a threat because defenders never know when he will burst into the attacking third, or simply send a long through ball for the wingers to run on to.

9) Jermaine Jones, 33, played the last season for the New England Revolution; however the U.S. national proved himself in the 2014 FIFA World Cup as he was one of the players that showed strong character while in the pitch, and he also hit that astonishing volley into the net against Portugal, which kept the U.S. National team alive in the tournament and moved to the next round.

10) Jozy Altidore, 25, joined Toronto FC early in the year after a trade with the English club Sunderland. The striker has played in 19 matches since his arrival to Toronto and has scored 19 goals this season. Speed kills, therefore, Altidore is a dangerous threat in the attack regardless the team he plays for.