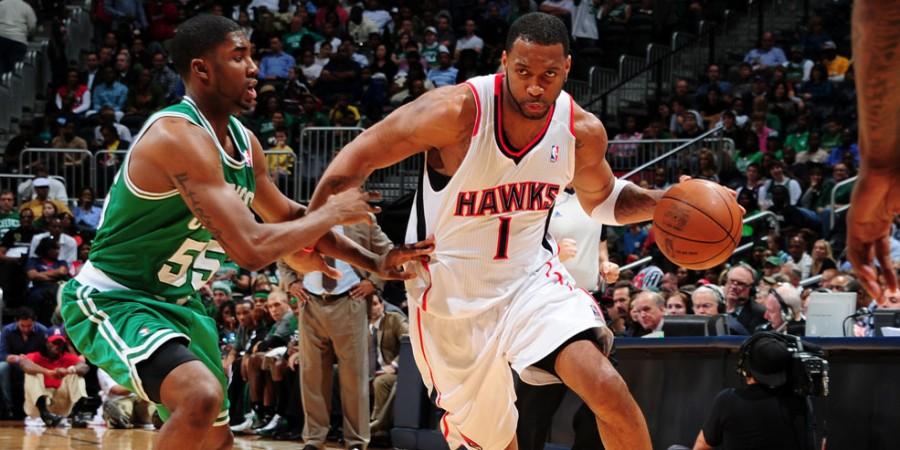 The NBA is where the stars in the United States and some European stars play basketball. It is the most competetive basketball league in the world. The advantage of playing in the NBA is that it pays off the bills and much more. Unfortunately the money is what is ruining the great tradition of playing for the love of the game. The NBA has been around since 1946. Today players in the NBA make millions of dollars a year just to play basketball. Tracy McGrady, a former Houston Rockets shooting guard was making the most money in the NBA in 2010 with his $23 million a year salary. He surpassed Kobe Bryant, Lebron James, and Dwyane Wade.

McGrady was a big name coming into the NBA in 1997 out of high school and skipping the college experience. It did not take long for him to make his marks with the Toronto Raptors. Everything was going right for McGrady but once he landed in Houston in 2004 with 7 foot 6 Center Yao Ming, the club was predicting a championship due to all the talent. McGrady was the rockets engine and playmaker. At the end of it all, McGrady and the Rockets were unable to surpass the first round of the playoffs. Mcgrady has been unable to ever reach it past the first round of the playoffs.

It is incredible to think that Tracy McGrady would be the highest paid player in 2010. No championships? No conference titles, nothing, just the reward of being a wealthy basketball player. In 2007 McGrady hurt his shoulder, and since then he has been a constant name on the injury list. Following the shoulder incident came his left knee which he hurt twice at different times.

Rick Adelman, former Rockets head coach at the time, said,(ESPN) “He’s been hurt for over a year. The thing that people want to write about is who he was two years ago in 2007.”

McGrady had a yearly salary of $23.3 million dollars in 2009. That is a tremendous amount of money, enough money to make millions of Americans happy with a great life. From 2008 till 2010 McGrady made $46 million for or playing in 41 games almost averaging $1 million a game. How does the NBA pay a player that much money when he is unable to play? The league pay’s players all this money because they expect constant success and of course victories. Kobe Bryant is a perfect basketball player in the NBA he wins championships, scores almost every game in double figures, and stays true to his team and city. He was also drafted out of high school just like McGrady. Bryant makes a yearly salary of $23 million dollars as well. Bryant also had 235 consecutive games played until his recent ankle injury suffered in the beginning of the 09/10 season. How do we compare Kobe “Black Mamba” Bryant to McGrady? We can’t. I get jealous when i think about McGrady, because it is every man’s dream too sit around at home and make $23 million dollars by being a fan.