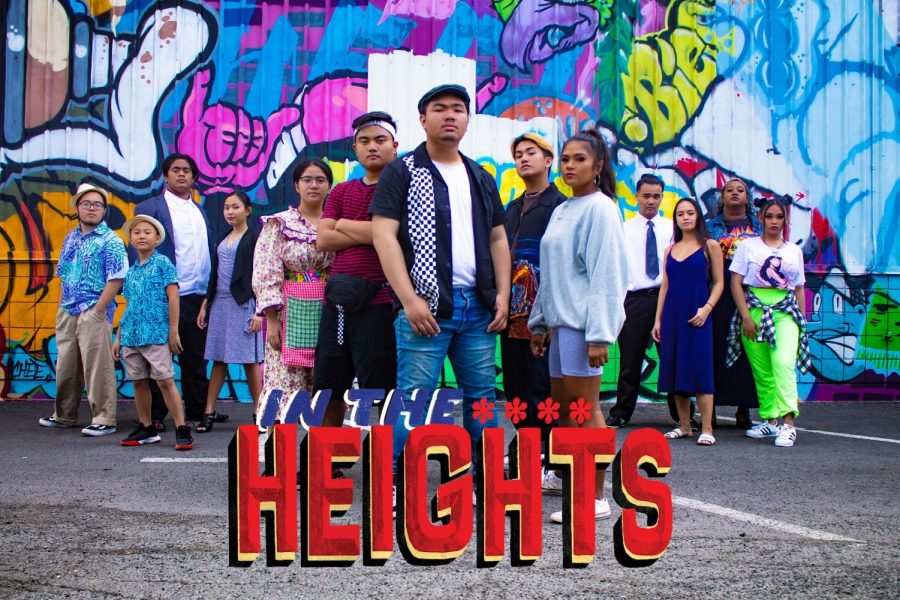 The cast of Farrington's "In the Heights" features 15 newcomers.

Farrington Performing Arts Centers production of “In the Heights” has a cast of 33 performers consisting of students from Farrington High School, Kalakua Middle School, as well as graduates too. Out of the 33, there are 15 newcomers who made their debut performance with FPAC.

This production had its opening weekend last week and will continue this weekend. Some of the cast shared how happy they were with the opening weekend and how they’ve dealt with a difficult number in the show.

Elisha Caneso-Cabasan, a sophomore in the Farrington Creative Arts & Tech Academy, plays the role of Carla, a bubbly, funny, side-kick to her friend Daniela who owns the local salon. Caneso-Cabasan said how happy she was with the opening weekend and said how The Club is one of her favorite scenes in the show.

“I just love dancing,” Caneso-Cabasan said. “Growing up, I had always loved dancing, going to 24/7 Dance Studio all the time.”

The Farrington Performing Arts Center entered its third year this year of bringing musicals to the stage. FPACs previous productions include “Grease” and “Once on This Island.”

Keith Kryzzler Cabbab, a senior at Farrington, who plays Usnavi in the show is a returnee from FPACs latest show. Cabbab’s previous role was playing Agwe, the male lead from “Once On This Island.” When asked about the difference between both roles, Cabbab had said that he had more time to get into the role of Usnavi compared to Agwe.

“For ‘Once On This Island’ I was originally in ensemble,” Cabbab said. “Our original Agwe was not able to perform for preview, so they had me learn the role in a couple of hours.”

In the show, there is a number titled “Blackout.” During the scene, all the lights in the theatre go down and the only light that is being used is from the flashlights from the phones of the performers. According to Miguel Cadoy III, music director and director of the show, it was one of the tougher scenes to block.

“Making sure that they each had their specific traffic pattern,” Cadoy said. “All the while running in the dark chaotically and singing at the same time.”

“In the Heights” tells the story of a man named Usnavi, a Dominican American, who owns a bodega. Throughout the show Usnavi’s friends and family deal with pressures of rising rents and closing neighborhood businesses. Usnavi himself is trying to get back to the Dominican Republic to reconnect with his family roots after the death of his parents. The music for the show is a combination of Latin rhythms and hip hop lyrics to tell the story of chasing your dreams as well as remembering and celebrating where you came from.

When asking Cadoy about the turn out opening weekend, he was pleased with those who came out to support the show.

“I thought the turn out for our show went well,” Cadoy said. “We were expecting about 200 each show and we were able to meet that goal.”

When asked about going into their second weekend of shows, Cadoy said there are no new changes and to expect the same energy from last weekend.

“I just hope the students bring that same exciting energy they brought to our opening weekend and close the run on a good note,” Cadoy said.

“In the Heights” at Farrington will run from this weekend at 7:30 p.m. with a matinee showing on Sunday at 2 p.m. Tickets are $10 for the general public (18-over) and $5 for students or those 17 and younger. Tickets are available through showtix4u.com.