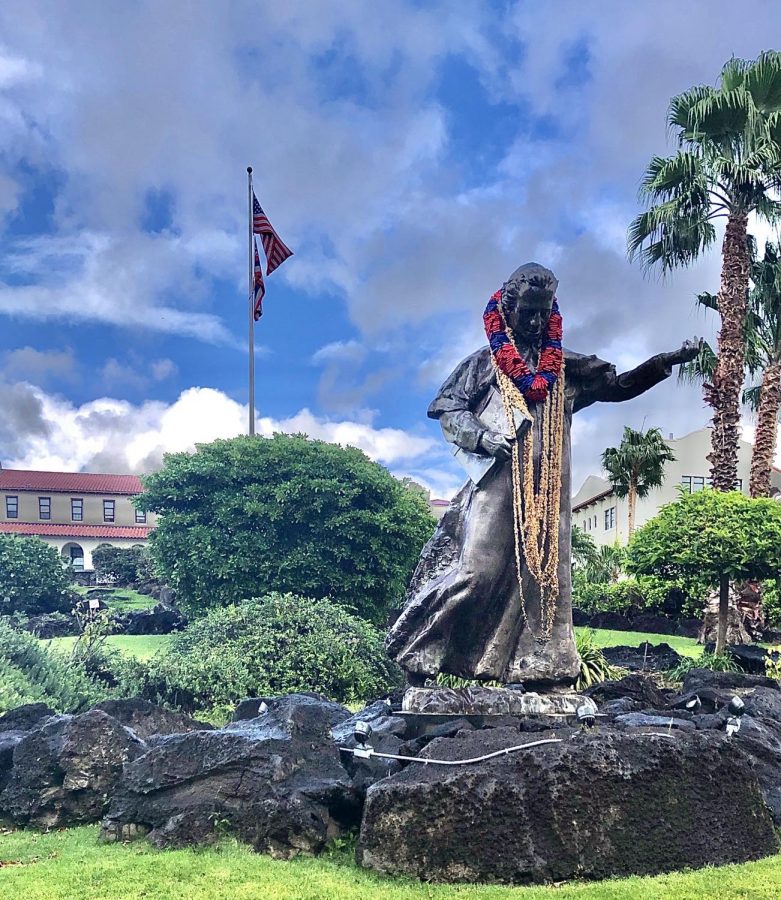 The first impeachment to take place in Chaminade history began last semester and ended on Jan. 22.

[Editor’s note: This story has been corrected. See below for more information.]

For the first time in Chaminade history, a petition was created, which triggered a hearing against the CSGA president as a means to potentially begin an impeachment.

In the fall semester of 2019, a petition was circulated which held a packet of evidence as to why Kawena Phillips was “not upholding his duties as CSGA president.” After receiving over 35 signatures (which is the minimum needed for the petition to hold valid), executive vice president Kiso Skelton coordinated a hearing with the House of Representatives, who voted for or against removing Phillips from office on Jan. 22 in Henry 102. The vote ended with 8 yeses,  6 noes, and 2 abstentions, which resulted in Phillips remaining in office.

It is possible for another petition and hearing to be held upon the same offense seeing that the CSGA constitution has no Double Jeopardy rule. As of now, OSAL director Joseph Granado has yet to receive another petition, although there is a second one circulating campus.

First-year Micah Ching signed neither petition but made the point that Phillips was acquitted for a reason and finds that attempting to impeach Phillips for the second time, upon the same offense, is unfair.

“People probably just sign the petition because they want to avoid hearing the whole scenario or problem or whatever is happening,” Maui native Ching said. “Their excuse is ‘Oh, I have to go to class’ or ‘I have to go do homework’ so they just sign away. So then why does that vote even matter?”

Because the CSGA constitution has left out any rule demanding specifications on the offense, the Criminal Justice major finds it difficult to have an opinion on whether Phillips’ a petition and hearing was the appropriate course of action.

Kobe Young is one of the students who was asked to sign a petition, regarding a second possible impeachment against Phillips, about two weeks ago. He said that the petition was made up of multiple pages of evidence, along with a few screenshots of posts from Kawena’s Instagram page. Young said he vaguely remembers what the pictures contained, but the Biochemistry sophomore recalled that they featured controversial topics. He said that each of the posts included captions that tagged Chaminade or campus ministry and followed with Phillips’ opinion on the topics. Young admits that he was unable to fully read and understand the petition before signing it as he was heading to class and had other things on his mind. But he would like hear where the situation ends up, especially if an impeachment is in order.

Kylee-Ray Tactacan, a senior from Waianae, agrees that the constitution should be updated. She would prefer to know more information on the matter and said that other students could benefit from more specifics as well. Tactacan would like to be able to see all angles of the situation before making any judgment but the petition has yet to make it to her. On the other hand, the Biology major understands that the reason for wanting an impeachment could be personal and wants to respect the privacy of the students involved. She also said she wonders if the people who had a problem could have resolved the issue between themselves or if a faculty advisor could have helped them hash it out.

“I’m sure that it’s probably a group of friends that are voting against [Phillips],” said Colby Gunderson, a junior in Biology from Kaneohe. “So I’m sure that some of them are followers and … they just want to group up against him.”

Gunderson has yet to be asked for his signature but said he is interested in knowing if anyone talked to Phillips about the problem before moving forward with the petition and hearing. He said he thinks that if someone were to address the situation to Phillips, and give him time to make changes, an impeachment could be avoided.

The petition never made its way to senior Cami Naoimi Keliinui. However, she is interested in knowing why the person who started the petition refrained from trying to solve the problem with Phillips before beginning the process of an impeachment.

“We’re all grown,” Keliinui, who is from Ewa and studying Biology, said in reference to college students. “Why can’t we just talk it out?”

[Correction: The first published version of this story stated Kawena Phillips had been impeached. Rather, the hearing was the start of an impeachment process. The story has been corrected to reflect this change. We apologize for the error.]