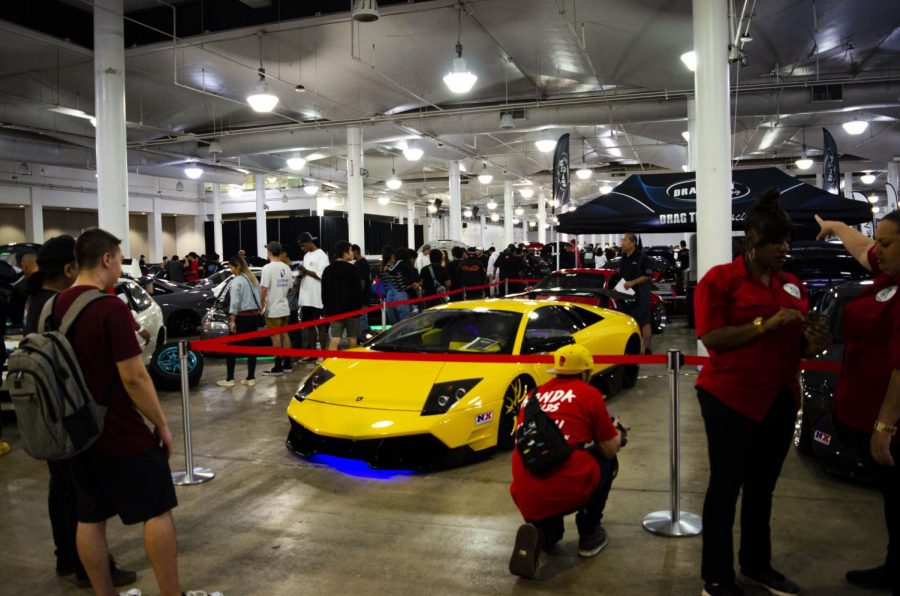 Wekfest, one of many car shows that is widely known around the world, kicked off its 2020 tour right here in Honolulu on Saturday.

What makes the Hawaii shows so unique is the different styles they bring. James Masao, 25, who participated in the show with his 2014 Mercedes Benz E63 AMG, was one of two AMGs in the show. His car is unique because it’s the first of its model to be entered in a car show in Hawaii.

Masao has over $23,000 worth of modifications done to his car. Most of his modifications are toward performance parts, which makes his car push more than 800 horsepower.

“I wanted my car to be in competition with the other Benz, but only one guy put his in the show and I can honestly say, it will be close for the both of us to win something,” said Masao, who graduated from Chaminade in 2014. “Nobody else in the European class can compete with us.”

Wekfest, which has been coming to Oahu since 2011, is a car show that displays a variety of vehicles: cars, trucks, motorcycles and even bicycles. The event workers divide the room into sections of car clubs and then categories of what the club has to offer. There were also sponsor tents and venders that support the show and drivers. Some sponsors such as Toyo Tires and Volcano E-Cigs come every year to and showcase their new line of products coming out.

The car clubs that entered have unique styles and presence toward their club. Sexii Munkii Garage, known locally as SMG, is a club on Oahu that was founded in 2007 and carries the fastest and most expensive cars. Most of the cars consist of Toyota Supras and Nissan GTRs, which cost at least $60,000 per car, not including the modifications can run up to $100,000 or more. Other clubs go for style and looks and not so much performance.

Pure V.I.P. is a club that consists of luxury cars. Their style consists of an expensive look to it, meaning big-name brand rims, lowest to the ground and the interior has to be as if you were sitting in a mini mansion. Most of the cars in the club consists of Lexus, Infiniti and Toyotas. Lexus LS430 was the most common luxury car at the show. Yet they were all so different because of the rims, body kits and color combinations.

“I like doing this not only because of the attention that I get, but also because it makes me feel happy to drive in general,” said Marcus Sumida, a 21-year-old car enthusiast who attends Wekfest every year. “Just hearing my car, being in my car and seeing my car every day always puts a smile on my face.”

The next big car show here in Honolulu will be Spocom on June 6 at the Neil Blaisdell Center.