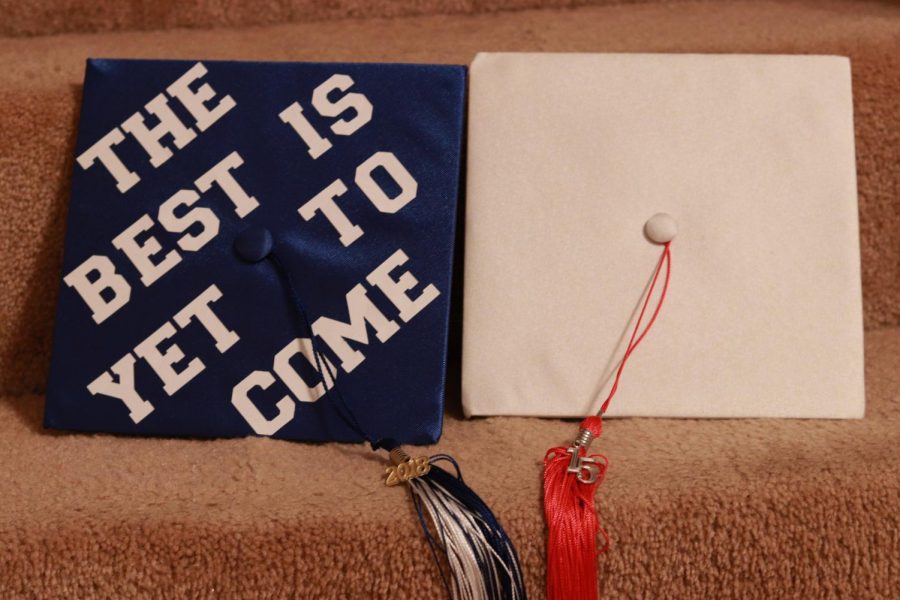 Many of the students who had graduated back in May were upset with not being able to put a decoration on their cap. There were some students who had already started their planing process but were unaware of the graduation policy at the time. But with students getting the email on Monday, Nov 25., many are starting to plan their graduation ideas.

“It feels exciting, to be able to express ourselves through our caps,” said Dominique Marshall who is a senior and is majoring in communications with a focus in marketing.

Decorating graduation caps is a way for students to stand out and express individuality, but many of the Hawaii schools do not permit students to decorate their caps or dictate the students’ attire for graduation. At Kamehameha Schools, men have to wear white pants, white shirt and white shoes and the women wear an all-white muumuu (Dress) with white shoes and both men and women wear a Kihei which was given to them on the day of graduation and tied by a staff member of the graduates choice . For the men of Saint Louis, they graduate in a white button up shirt, slacks, black dress shoes and a red and blue lei. These schools do not offer students the chance to do the traditional cap and gown.

“I feel excited about it,” said senior Hoano Rosario. “Because I thought the only thing that I could do that had my personal touch was going to be my shoe choice. One of the faculty members told me to pass time in the ceremony, they’ll comment on everyone’s shoes and now they have something else to look at.”

In the Chaminade sent stating the decoration of caps are allowed, the school stipulated some conditions. The decoration must occur only on Chaminade University-approved caps. The caps are not allowed to block the view of students, may not have any offensive language and can’t have any lights. All decorations should be on the cap flat board only and should not dangle off the cap or obstruct the view of the person.

If there are any rules that are broken, students will be asked to replace their caps with one that does not have any decorations on it.

With Chaminade having only the spring commencement and having gotten rid of the December commencement so that everyone can celebrate together, cap and gown orders will start in early February. Students should check their emails for the official date announcement.

By permitting the decorating of caps, the university is allowing the students who are participating in commencement are being invited to cap-decorating events and a contest that will be held in April, with more details to come.