Government Shutdown Was ‘Hard’ on Workers 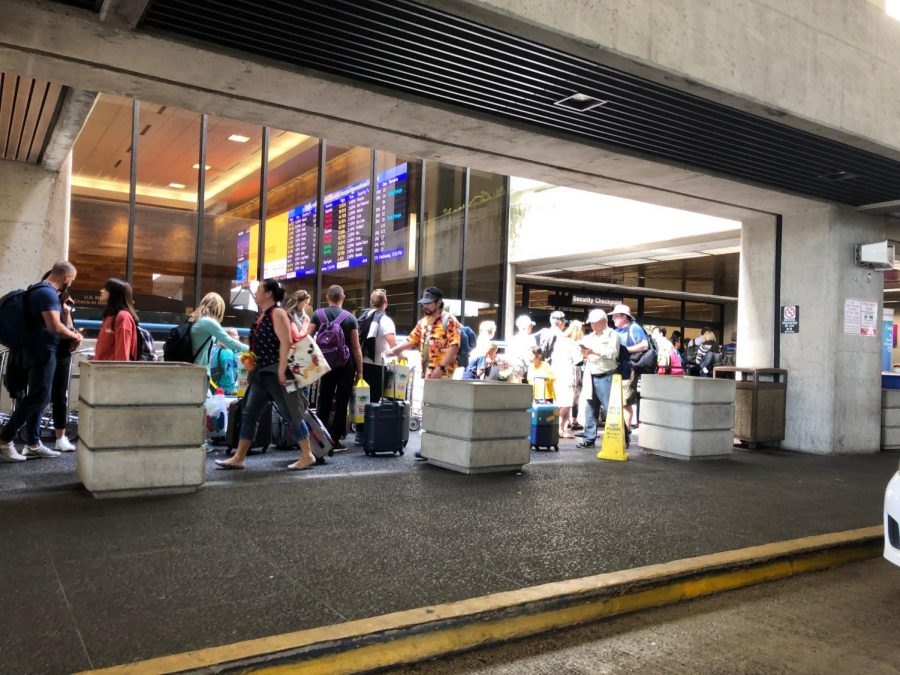 Security checkline outside of the Daniel K Inouye airport. Lines still long as the government reopens

The United States federal government was shutdown from Dec. 22 to Jan. 25, becoming the longest U.S. government shutdown in history upon its closure on its 35th day.

“It’s definitely hard on my dad, we are a household of seven, and my mom is a teacher. I can see the stress but he still has to do to work because he is considered an “essential” worker and he is not getting paid,” said Spencer Ng, 21, whose father was a furloughed worker working on Pearl Harbor Base.

According to CNN, this time it had mostly to do with President Donald Trump’s plan to build a U.S.-Mexico border wall, which has an estimated downpayment cost of $5.7 billion in federal funds. This is an estimated amount and it is still unknown how much the actual cost of the wall will be.

The shutdown is affecting people in different ways. But major companies are offering relief for furloughed workers.

According to USA Today, Bank of America offered free personalized financial assistance through its Client Assistance Program and can be reached at 844-219-0690. Verizon announced flexible payment options and a “Promise to Pay” program that can be set up on the My Verizon app or website. Further assistance is available by calling 866-266-1445.

According to Vox News, the government shutdown left about 800,000 employees furloughed or working without pay for more than a month. Tens of thousands of contractors were out of work too.

Federal employees missed their second paycheck last week. About half of those employees were considered “essential” and worked without pay just like Ng’s father Nelson. Mick Mulvaney, the acting White House chief of staff, told CBS News Sunday “… we hope that by the end of this week, all of the back pay will be made up and, of course, the next payroll will go out on time.”

The paychecks this week are crucial because workers might find them cut off again next month. But for now, most workers will be back at their desks Monday.

The government is open for the next three weeks but workers fear there could be another long standing shutdown.

According to The New York Times, President Trump said last Friday he would end the partial government shutdown for three weeks while negotiations over the border wall continue. He also indicated that he was open to declaring a national emergency or shutting down the government again if Republicans and Democrats cannot reach an agreement on wall money by the Feb. 15 deadline.