Proposed swimming ban with dolphins to affect many 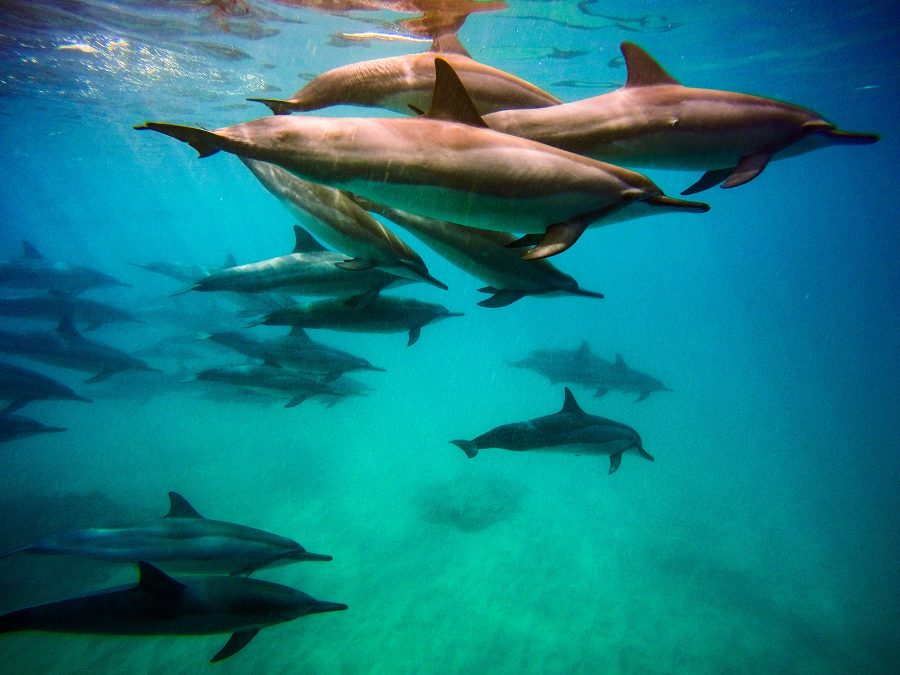 Due to proposed ban, you might not be able to swim with spinner dolphins for much longer.

On Aug. 24, federal officials proposed a ban for swimming with spinner dolphins in Hawaiian waters. This move could impact this popular tourist activity that comes with mixed reviews.

“It’s a poor ruling and it’s impossible to enforce. You will never be able to know if a dolphin approaches or if a person approaches,” said Nancy Sweatt, founder of Dolphin Journeys. “Dolphins aren’t going to 100 percent want to participate. It’s freewill, they’re faster than us. There is no way that humans are forcing this upon the dolphins.”

The National Oceanic and Atmospheric Administration (NOAA) is proposing several viewing guidelines that would allow the public to still see the dolphins but also give them the rest they need.

The proposed regulations are that the public must remain at least 50 yards away from the spinner dolphins, limits the observing time to 30 minutes, avoid encircling or trapping them between boats or the shore, and putting the engine in neutral and allowing the dolphin to pass if approached. These regulations would be put into effect within two nautical miles from shore.

Boating tours and swimming with dolphins have become increasingly popular activities with visitors and locals. It also has created dozens of companies within the Hawaiian islands such as Dolphin Journeys. The proposed ban could put these companies at risk.

In addition to these regulations, according to the Marine Mammal Protection Act (MMPA), it is illegal to”take” any wild marine mammals. Their definition of “take” is to harass, hunt, pursue, attempt to harass, harm, shoot, would, capture, kill, or collect.

These companies are not the only ones that would be affected by these regulations. Every day, people are out in the water swimming for pleasure and for exercise. These regulations would put a limit to swimmers because it restricts where they can go swimming in the ocean.

“The tour boats are more harmful than any of the swimmers coming from shore,” said Luke Barrow, an adventure photographer. “Four to Seven tour boat companies drop tourists off in the dolphins paths for them to look at the dolphins. Some of these tourists are extremely loud and obnoxious. The boats vibrations underwater are loud themselves.”

Spinner dolphins are considered a nocturnal animal since they feed during the night. The morning is their time to play and during the afternoon, they go to shallow bays to get rest. In order to do so, they shut off half of their brain so that they can continue floating while occasionally going above water for air.

“Once they go to sleep, they will not engage with humans no matter how hard you try,” said Sweatt. “We have a very harmonious relationship with the dolphins and our dolphin boats. When the dolphins go to sleep, our boats leave. NOAA doesn’t know this because they won’t do the research and they won’t put their people out on the boats. We don’t need any more jobs taken away.”

While there may be many different opinions on this ban, both Sweatt and Barrow agreed that the public needed to be more educated on the situation and these dolphins.

“Most people that I inform have no idea that the dolphins are half asleep during the day. So informative steps, informative tours would be ideal,” said Barrow.

NOAA is working with the public to inform them of the ruling and how it may affect them. They are holding public meetings for the rest of September. For more information, visit http://www.noaa.gov/.
If this proposal is passed, it will go into effect September 2017.