Bro. Gary Is ‘Ready’ For Retirement 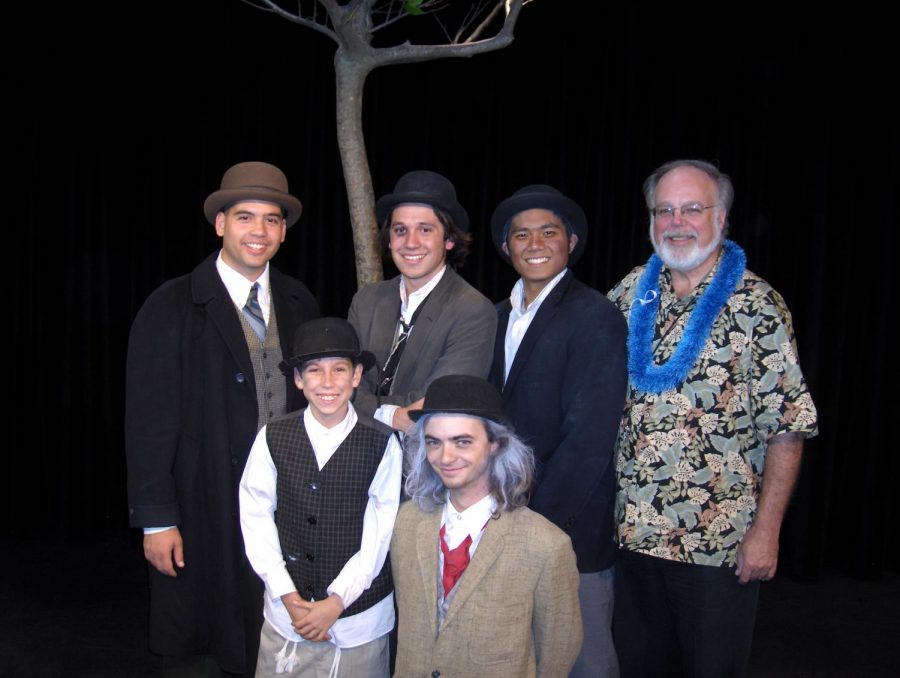 With 33 shows and 17 years under Bro. Gary Morris’ belt, the Associate Professor of Performing Arts is now retiring.

Through 51 years of directing plays and musicals, Morris said he feels as though he got to do every production he wanted. After being involved in five decades of educational theater, 73-year-old Morris said he’s “just ready.”

Many of the shows he directed won Po’okela awards, which are presented by The Actors’ Group to recognize excellence in local theatre. But Morris mainly attributes the success of a production to the evolution of the students as actors and actresses.

“It’s really a joy to see the students come out of themselves and be energized and enthused about what they can do,” Morris said in an interview on March 11. “Or how they can use their voice and become a character and do things that are appreciated by their fellow students.”

Although Morris recognizes the significant growth in which the theater program has undergone during his time as a Performing Arts associate professor, there are a couple aspects of the department that he would change.

For one, Chaminade currently only offers a Performing Arts minor. Morris said he would have liked for the Silversword students to have the option to obtain a degree in Performing Arts.

He also wishes to gain more support from administration in terms of promoting the shows.

“We are showing something, in Performing Arts, that goes beyond just our students, faculty, and staff,” Morris said. “The community is invited to this, but quite often, they don’t even hear about us because nothing is sent out.”

From plays by Shakespeare, Aristophrotees, and Sophocles, to simple musicals like, “You’re a Good Man, Charlie Brown,” and complex musicals like, “Into the Woods” and “Sweeney Todd,” Morris brought a wide range of works to the CUH theater.

And in many ways, Morris brought the CUH theater to Chaminade students.

Silversword alumnus Cedric Jonathan, who graduated in 2009, recalled walking through the Vi & Loo Student Center during the fall of 2007 when all of a sudden Morris stopped him and basically told the young student he was going to be in the play. The Accounting major was hesitant and reluctantly agreed.

“Little did I know that that would actually be a turning point in my life,” Jonathan said.

After his first Chaminade play (a four-man show called “Waiting for Godot”), and with support from Morris, Jonathan decided to get representation from an agency, Premier Models and Talent. During his junior year at CUH, Jonathan had received an opportunity to audition for the 2011 film “The Descendants,” starring George Clooney. It was Morris who Jonathan reached out to for assistance in preparing for the “big audition.” Although Nick Krause was chosen for the role, Jonathan continued to pursue an acting career.

Today, Jonathan has an acting coach and is living as a professional actor in L.A. However, Jonathan said he would still feel comfortable reaching out to Morris for help as Jonathan will always see Morris as his mentor.

Another student whose career path changed after his involvement in Morris’ productions was Blaze Mancillas, a 2009 CUH graduate.

During his freshman year, Mancillas was convinced by a friend to audition for the 2005 Fall play, “Sylvia.” Despite any previous performing experience, Mancillas was cast by Morris as the lead role. And with a newfound love for performing, Mancillas decided to change his major from Biology to Communications after just three CUH productions.

Mancillas ended up participating in every production he could as a CUH student and continued to pursue a career in Performing Arts.

“If it weren’t for him, I wouldn’t be where I am in New York City as a performer,” Mancillas, the now professional comedian and actor, said “I owe so much to him. He’s a really great guy and he’s also like a one-man operation. He’s running that whole theater department and I wish Chaminade knew more of that or gave him more support. When he leaves, it’s going to take multiple people to fill his shoes.”

Despite his retirement from teaching at Chaminade, Morris will continue to live with the brothers on campus. He looks forward to having more time to volunteer at the Humane Society, as much of his passion lies in animal rescue.

Morris also plans to get involved in local theater (Diamond Head Theatre and The Actors’ Group). He will be directing shows and working with more experienced actors at TAG. That being said, Morris expressed his love for teaching and said he will miss working with students whose acting journeys have just begun.