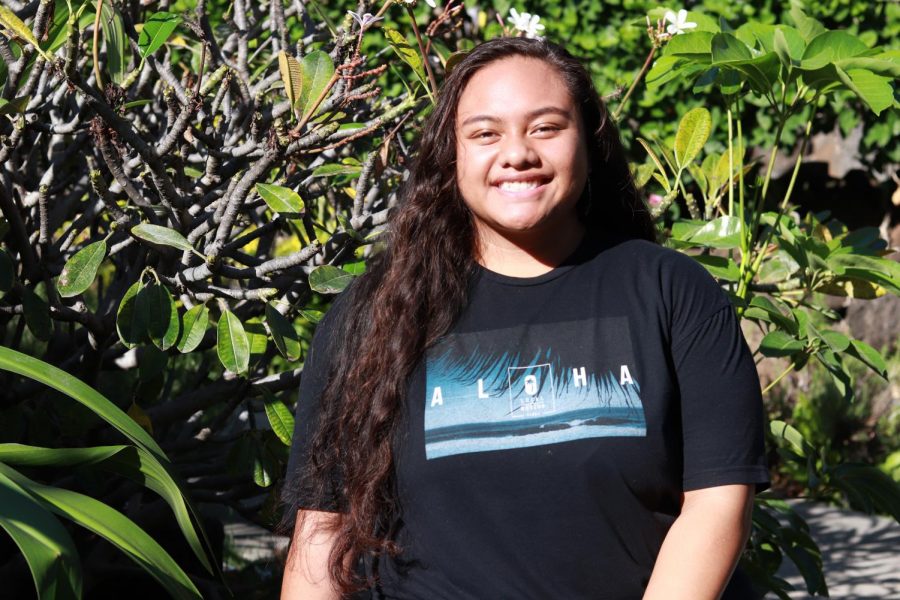 It might be hard to find a busier person on the Chaminade campus than Fina Iose.

The 17-year-old sophomore from A’asu Pago Pago, America Samoa, is majoring in Psychology and minoring in Forensic Science. She is a secretary for Tongan Club and LOS Samoan Club. She is in the House of Representatives for Chaminade’s Student Government Association (CSGA) and is a member for TaoTao Marianas Club, Theater Club and Resident Hall Association. She also is in charge of putting together Pacific Island Review (PIR) in the fall and Extravaganza in the spring semester

“For me, I just didn’t like staying at the dorms, because it was either too quiet for me or I just didn’t know what to do with my spare time,” Iose said. “So I decided on going into clubs and trying to get myself busy with the community as well.”

Being a full-time student, many people would wonder if she would ever get tired.

“I usually get tired,” Iose said. “Because of school and work. But all the things I signed up for are things that I love to do. I love being busy and getting to know other people outside of my own diversity groups. Being able to put yourself out there makes it seem as though you’re a very approachable person. I think all clubs and organizations need more acknowledgment for the things they do on campus.”

With the craziness that had surrounded her putting together PIR at the end of October, Iose had found time to perform with two of her clubs, Samoan Club and Tongan Club. 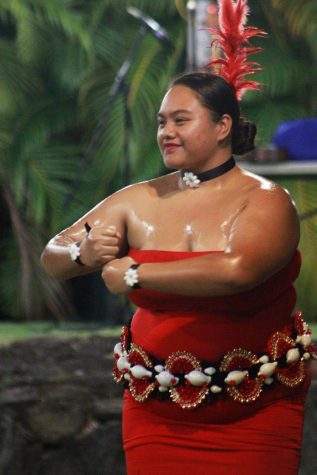 With all her time spent in the clubs, she also finds the time to do community work through her clubs or any opportunity that the school offers. The Samoan and Micronesian clubs partner with Hawaii Literary to put on Tales and Treats and Chaminade had a program where they go and feed the hungry.

“I usually go to the community meals that happens on Wednesdays or Tuesdays,” Iose said. “… We go to the libraries … for the kids, and we tell them folklore from back in the islands orally told to us through the culture and just share a piece of home with them.”

As a sophomore, Iose puts herself out there and she pushes herself to try and get out of her comfort zone. She also help her clubs out if they need positions filled.

“For CSGA, I was a senator,” Iose said. “And they were looking for someone to take over their House of Representatives HOR position and I decide that I want to try it out and I wanted to see where my interpersonal skills were at and that way I could enhance it. … And for the smaller clubs and organizations, I just put myself out there and asked if they would want to give me a position.”

When Iose is not running around working on getting ready for PIR or Extravaganza, or going to meeting and events for her clubs and organizations, you can find her studying in the Sullivan Library studying.

“First and foremost is classes,” Iose said. “And then after class I usually have my big daily planner and I would write things that are important, which is studying, going to the library, do homework.”

With all the time she spends at school and attending club activities, Iose makes time to have fun and relax along with giving herself personal time.

“I make time to actually have fun,” Iose said. “Because over the weekend there is not much that goes on. So I use Saturdays to go out and go hang out with my friends. But Sundays are specifically for me. So I go to church on Sundays then afterwards I do what ever I need to do in the dorms. Then I give myself a little self-care for the night and then I get ready for the next week.”