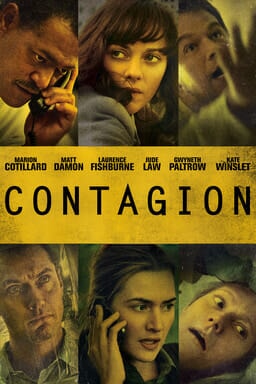 City streets are empty, markets have been ransacked, but the human race has yet to greatly diminish or nearly go extinct. The world is witnessing its strangest lifestyle shift in recent memory thanks to the large-scale appearance of coronavirus. Though times are difficult, problems are usually never more than trying to find something to do until dinner.

Here are six thrilling post-apocalyptic movies that will get viewers through a dull day. One important note is that I tried to stray away from apocalypses that were triggered by supernatural means: zombies, aliens, monsters, etc. …

“Children of Men” (2006) (Hulu)
In the grim and gray world of “Children of Men,” all of mankind has suddenly become infertile with the youngest character in the universe being 18 years old. With each death, the human race gets closer to extinction causing nations to be more wary with resources. Issues like corruption in the government and violence against immigrants and refuges become the norm as years go by. If there’s anything that this movie proves, it’s that babies cause trouble whether or not they exist.

“Contagion” (2011) (For rent on Amazon Prime)
The events that occur in “Contagion” and are currently happening in the real world are alarmingly similar. The day-by-day setup that the movie goes for makes the plot easy to track while depicting how fast a mystery disease can spread. After watching the film, I became thoroughly aware of how often I would touch my face. Watching this movie can serve as the “Beyond Scared Straight” for those unbothered by dangerous illnesses like the coronavirus.

“WALL-E” (2008) (Disney+)
“Wondrous” and “apocalypse” should be the last words to associate with each other. Pixar’s “WALL-E” thinks otherwise. The movie presents the most lovable, dorky pile of tin, WALL-E, who is the last remaining unit of robots who were designed to clean the planet while the entire human population goes on a multi-generational cruise in space. The best part of this movie is seeing WALL-E fall miserably in love for a mysterious sleek machine named EVE.

“The Book of Eli” (2010) (Hulu)
“The Book of Eli” takes place 30 years after a catastrophic nuclear fallout. Found throughout its world are brown wastelands, desperate cannibals, and indestructible pairs of fashionable sunglasses. The chess match played between the movie’s protagonist and antagonist becomes engaging once you realize that these two equally smart individuals plan to use the last Bible to either give hope to waste dwellers or spread one’s tyranny. The twist ending also makes watching the film more enjoyable on repeated viewings.

“Snowpiercer” (2013) (Netflix)
In a world that froze to a point where simply being outside can kill travelers within 10 minutes, the last few survivors are those who are packed in a super train that was built to sustain the lives of a hundred for seemingly forever. The train, however, has fallen victim overtime to a hierarchical system with life in the back of the locomotive being the harshest and the front being the most lavish. The setting itself is worth a watch as “Snowpiercer” goes the extra mile of showing how the gears of its world works.

“Mad Max: Fury Road” (2015)  (For rent on Amazon Prime)
This movie features an army of armored vehicles decorated with spikes and flamethrowers marching to the thunderous rifts of a red-suited gimp playing hardcore metal on top of a truck. “Mad Max: Fury Road” is the cinematic personification of rad. It’s impossible to break eye contact from the screen whether it be during its blood-pumping action sequences or the surprisingly stunning slow scenes where the scenery becomes the main attraction. Despite its rugged exterior and simple concept, the film radiates fun and respect for the genre’s roots.