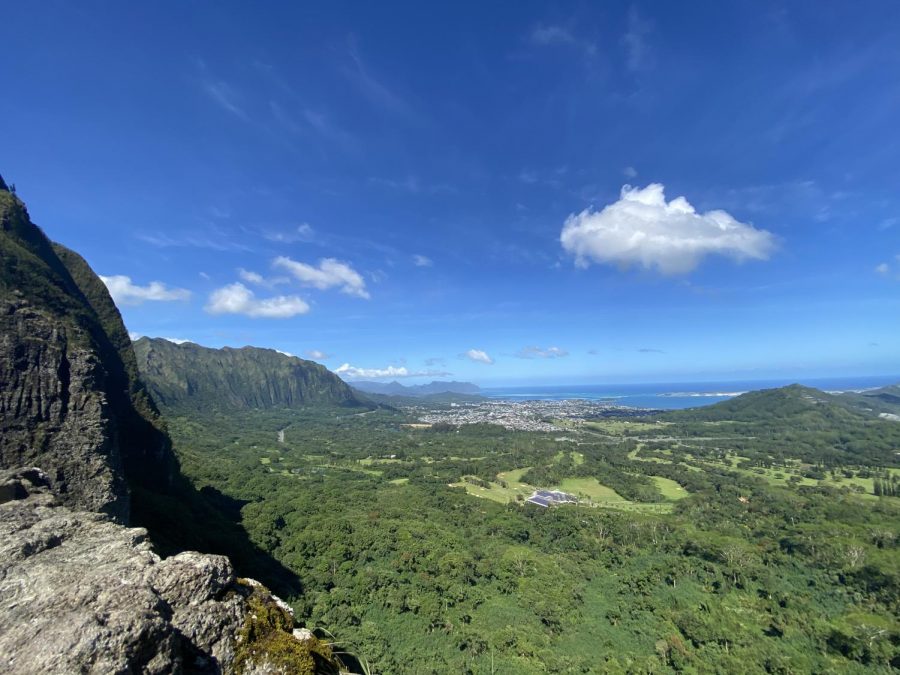 Hawai’i is a beautiful and breathtaking place in the world, and it would make sense to show off the islands’ majestic mountains and white sandy beaches on the big screen. Here are the best films that presented Hawai’i’s beauty and grace on the silver screen.

“Tropic Thunder” (2008)
As funny as the film is, it showed the enthralling landscape of Kaua’i. “Tropic Thunder” is a story about a group of actors that are dropped in a real jungle to make the film they are making more believable. Some of the locations that were filmed on the island were Kaua’i Ranch, Kipu Ranch, and Hanalei Bay Resort. During the first hour of the film, I had no idea that this was filmed in the islands. It wasn’t until the beginning of the second act where I started to realize that was Hawai’i when the group of actors are deep into the island.

“The Descendants” (2011)
This is one of the most underrated films that was shot in Hawai’i. One of my biggest gripes that I have with filming in the islands is that most people see it as either some mystical island where a giant monster lives or an island that is home to a bunch of dinosaurs. I like when a film, such as this one, tells a story that could be done anywhere but chooses to film here because of the beauty and wonder of the islands. This is a movie about a father dealing with various situations from his two daughters to the death of his wife. Some of the filming locations include Nu’uanu on O’ahu, Lihue Airport, and Tahiti Nui in Hanalei.

“Godzilla” (2014)
There was no question that this film would be on the list. This wasn’t the first time the big monster terrorized the Hawaiian islands. In 1998, there was an older version of “Godzilla,” and in the film they had used most parts of O’ahu as part of the backdrop. One of the locations that the older film shot at that still has a part of the set is Kualoa Ranch, where you can still see Godzilla’s gigantic footprint in the grass. As far as the filming locations go for the 2014 “Godzilla,” most of the scenes were shot in Waikiki. During that scene, you can see a vast amount of people running away from the monster.

“Jurassic Park” franchise (1993-2018)
One of the most well-known set of films that were shot here in the islands is the “Jurassic Park” franchise. The film location is a tourist attraction for those who love the movies. There are various places they filmed around the island, but the most iconic scene was at Kualoa Ranch where Sam Neill’s character (Dr. Grant) and the kids run from a herd of dinosaurs. I am very interested to see if they will return to the island for the yet to be titled third Jurassic World film, which is set to be released sometime in 2021. In the latest film in the series, the island’s volcano erupted, so I am curious to see if they will return to the island post-eruption.

“Ant-Man and the Wasp” (2018)
I bet that very few people know about this, but spoilers ahead if you have not seen this movie. At the end of the film, we see that Hank Pym (Michael Douglas) and Janet Van Dyne (Michelle Pfeiffer) are finally together and decide to spend their time on the beautiful shores of none other than Kahana Bay Beach. The location of their get-away trip wasn’t addressed, however, I identified the place quickly as my friend lives around that area. It was crazy to see Hawai’i being shown in some capacity in this film, and I am very pleased to know that there is a little bit of the islands in the Marvel Cinematic Universe. I hope that somewhere down the line, Marvel Studios considers shooting more here in the islands.

Because there is an incredible library of other movies that had used Hawai’i as the backdrop of the film, here are a few other mentions: