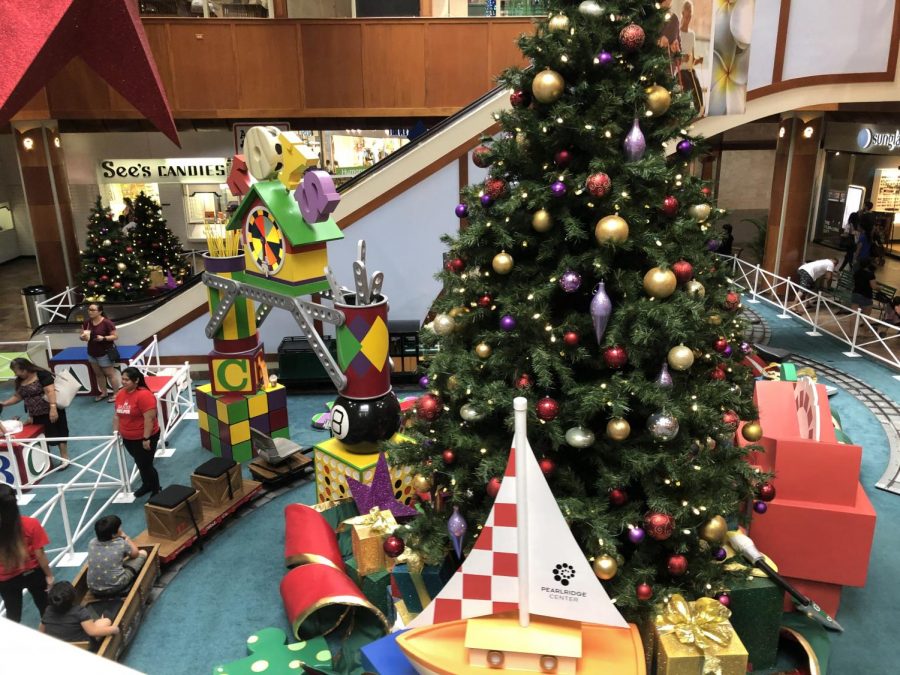 The Pearlridige train travels through its Christmas land.

Much has been said about how horrible it is that we make retail workers slave away on Thanksgiving night to get ready for the crazy rush of Black Friday sales. But, as someone who has worked in a mall on Black Friday, I have seen that there are some benefits to the day – even for the retail workers.

Thanksgiving is a time where everyone is eating a great dinner or spending quality time with friends and family, then start Black Friday shopping very early (typically after dinner waiting for the mall to open). But for many of the retail stores and their staff, leaving early or miss dinner with family and friends to deal with the rush of customers who are looking for the early door deals is only one part of the job. As a person who has been working retail for a year and has worked a Black Friday day once before, working Black Friday was one of the worst days (compared to right before Christmas) but also can have its perks.

Working Thanksgiving night is a perk because you get paid time and a half, which means more money in the bank. As someone who makes barely above minimum wage and works just a handful of hours a week (thanks school and those two other jobs!), this time and a half on Thanksgiving could just about double my paycheck.

But, on the other hand, Thanksgiving night also means dealing with the first rush of people who are trying to get deals before midnight. It also means that when you come in for work, depending on the time, could mean a better time to shop when people decide to go home and there are those last-minute people who can just relax and shop.

If you’re lucky enough to work Black Friday night, there are less shoppers around who have been up for more than 24 hours, driving between malls, having to deal with parking, or looking for the best deals or that one item that was sold out somewhere else. People can become aggressive or agitated because they have had little to no sleep and are trying to get in and out as fast as possible. But this takes a toll on the store because we are unable to clean and put items back in order, and we have to make sure that we don’t lose anything because of people stealing.

The mad rush of shoppers also means more hours that weekend, with many stores opening at 6 p.m. on Thanksgiving until midnight, and then turning around the next morning and opening at 6 a.m. Fifteen hours later, the store closes on Black Friday. Those extra hours, while school is closed, is a nice boost in my paycheck before the Christmas season rolls around.

The downside to working Black Friday is that there are always crowds of people that are lining up waiting for the stores to open. The retailers also have to work hard to keep the store in order and try to help everyone get what they need and get out of the store so that they are able to get to other sales. It’s also challenging when stores are much smaller and there is less room to move around. So it’s better to know what you are getting and then leave the store so that the next set of customers come in.

There are many alternates to shopping on Black Friday. Most of the time, stores can have the same deals through the weekend, and some are also able to price match items. There is also a Cyber Monday, when stores sell their items and you are able to get good deals and some places will offer free shipping or free shipping to store.

As a student who is working two other jobs, working Thanksgiving night and Black Friday is not a big deal. These two days for the retail world are great because we are making some extra income. So i’ll be working Thanksgiving weekend with little sleep and more money in my pocket