Opinion: Gun Violence is Not a Side Effect When Playing Video Games 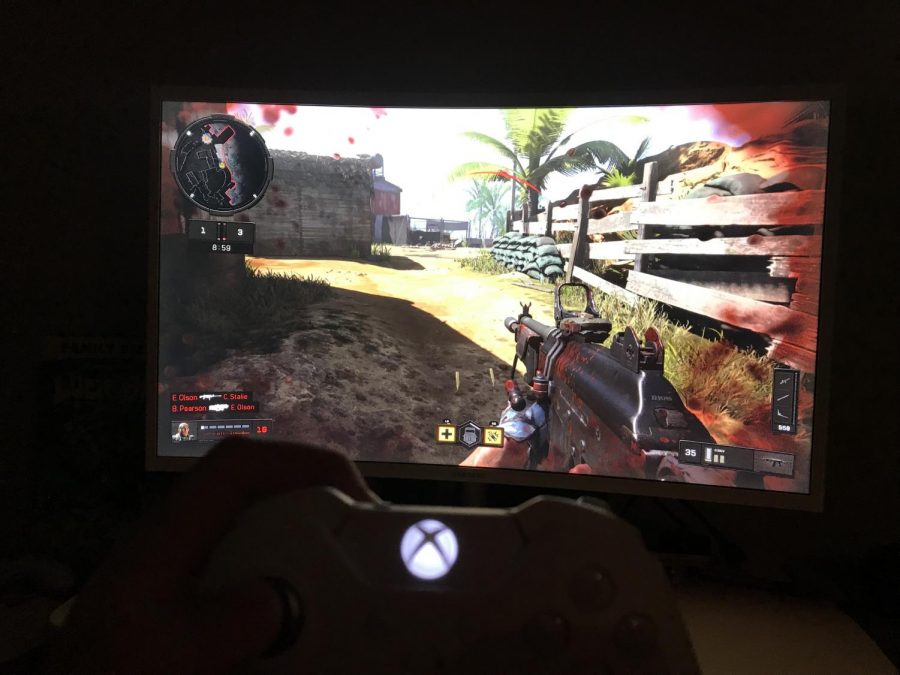 "Call of Duty" is a first-person military arcade shooter game that has been blamed for inciting violence.

More people died due to guns than in car accidents in the U.S. in 2017. According to a U.S. Congress report released in September, nearly 40,000 people were killed by a gun, which is more than the number of those who were killed in a car accident for the first time ever.

It hurts my heart to know that there are people out there who would commit such horrendous acts like mass shootings or suicide. With the increase of these incidents, people want to know the reason behind this. While it is hard to find a clear answer to that, some politicians say that video games are to blame.

The reason why video games are being blamed, yet again, is due to the shooting in El Paso in August. The shooter, who killed 20 and injured 26 others in a Walmart, reportedly said, “Don’t attack heavily guarded areas to fulfill your super soldier COD [“Call of Duty”] fantasy,” according to the Washington Examiner. It seems like as soon as there is anything to do with violence, most people jump to the conclusion that video games are the reason. People like Kevin McCarthy, the Republican House minority leader, who said that video games are the problem after the shootings in El Paso and Dayton.

Video games do not influence you to commit mass shootings, and politicians aren’t educated enough about the internet as a whole to be making false claims like that. I have been playing video games ever since I was a little kid. From playing “Sonic The Hedgehog” to the very gruesome “Mortal Kombat” series, I never once thought of grabbing a gun to start shooting at a bunch of innocent people.

“Call of Duty” is a military arcade shooter series where you play as a soldier and fight against “terrorists.” Every year a new game releases and each game takes place at different points throughout time. In the beginning of the franchise, the period was set during the world wars and then made its way to the modern military. They recently have gone further into the future with “Call of Duty: Infinite Warfare,” where you fight in space. The next game to release in the franchise is “Call of Duty: Modern Warfare,” which is a soft reboot as there was a game with the same title released back in 2007.

Now “Call of Duty” is rated M for Mature audiences only, but I have been playing these games ever since I was 12-years-old. How could I play an M-rated game if I was only a kid? Well, an older friend of mine told my mother that it was not that bad of a game as the news made it out to be. So my mother bought me a copy of “Call of Duty: Black Ops 2.” And since then, I have been playing “Call of Duty” and never have I had the idea of malicious intent on people. The only time I’ve ever been mad is if the internet goes down during a game and I start to yell at my router.

The only reason why video games are being viewed in negative ways is because of these politicians. These people have no right to go and make bold claims like that. Granted they may be educated when it comes to politics, but their knowledge of the internet as a whole seems to be missing.

Back in 2018, Congress had a hearing with the Google CEO, Sundar Pichai. During the hearing you can see how uninformed Congress is about the internet. One of the of the members asked Pichai why a picture of Donald Trump comes up when you google the word “idiot.” Throughout the video you can see the Congressmen have no clue about how Google is used. But it does not end there; during the Facebook testimony with Mark Zuckerberg, not all of the questions that were asked during it made sense. In this video, a Senator asks Zuckerberg how does his company make money if the service is free. To which Zuckerberg replies, “Senator we run ads.”

Republicans in Congress is avoiding the topic of gun control, they try their best to avoid the conversation of gun control by shifting the attention to the topic of video games being the reason for these shootings. Again they are not informed on this topic because it has been statically shown that the U.S. is the only country that is dealing with this whole gun issue as you can see by this chart: 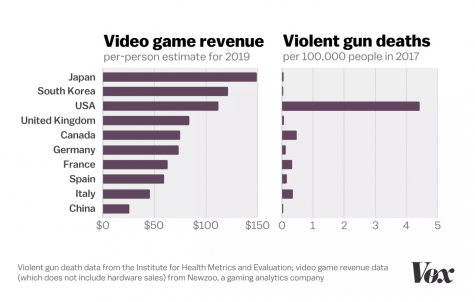 So even when this country has more deaths from guns than cars, we do nothing about guns. Congress has created no new laws to try to protect people since the Sandy Hook Elementary School shooting where a bill failed that expanded the background checks. We have an extensive amount of safety precautions in order to drive. To get a license to drive, you have to pass a test, get a permit, practice, and take and pass another test. If you have a car, you have to get it registered and insured, while car manufacturers have had to meet safety standards in order to produce that car. For guns, there’s a few loose rules such as you have be either 18 or 21 years of age to purchase a gun.

Playing video games does not turn you into a killer. Stop blaming a fun diversion for millions of people and start creating new and affective ways to take guns from those people who should never have one and come up with an extensive procedure for those who want to purchase a gun.