B-Movies to Watch on Netflix 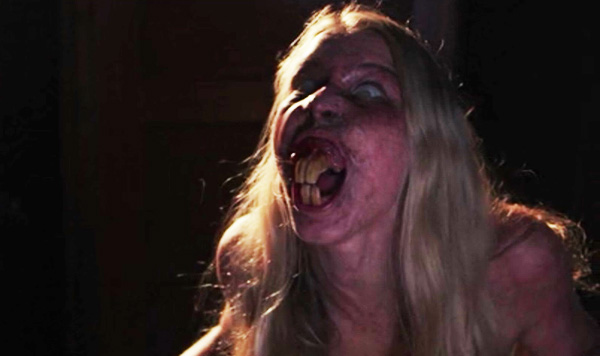 Have you ever watched a movie so bad, it was good? During the times of the drive-in movie theater, B-movies were a cheaper option when going to see a double feature. Since Netflix’s introduction, B-movies have gained a cult following with their awkward dialogue, bad acting and often poor special effects. While B-movies are typically low-budget films with lesser-known actors, many people have grown fond of them, and Netflix offers a platform for them to thrive.

In my attempt to see why people make such things, I present 10 B-movies that Netflix offers. (There are spoilers all throughout this.)

Unfortunately you can’t just kill this with fire. “Spiders” follows a series of events that cause a piece of a Soviet space station to crash into a subway tunnel in Manhattan. As officers on the scene go to inspect, they discover tarantulas around them. Little did they know, Soviets had combined alien DNA with the spiders to produce giant, highly intelligent spiders. Poor dialogue, okay CGI, plot holes throughout. My favorite little detail is the portrayal of spider egg, which looked like balloons with chicken eggs inside (for maximum grossness). What happened to the spiders at the end?

A small town in Montana has become overrun by dinosaurs after a mine explosion. It’s up to a previously exiled cowboy and his friend to save the town from peril. Despite the name of the movie, there is only one cowboy. The dinosaurs, for some reason, are made up of gas. Like the last movie, this one had a “Jurassic Park” feeling to it.  The movie is riddled with bad dialogue, bad acting and awful CGI. I also thought that some of the relationships had weird age differences.

Los Angeles is pummeled by a hurricane and water spouts pick up sharks and drop them into the flooded waters throughout the city. Bar owner Finn and his group attempt to destroy these “sharknadoes,” mostly with IEDs. My favorite part was Finn’s apparent suicide where he jumps into a shark’s mouth with a chainsaw. He, of course, manages to chainsaw his way out of the shark’s stomach, also saving Nova, a bartender. This movie is as ridiculous as it sounds.

As the name suggests, this movie is a grim take on a beloved fairy tale. Little Dead Rotting Hood is killed by wolves, which for years her grandmother has managed to keep away. The grandmother casts a spell, which ends up killing her but brings LDRH back to life. LDRH focuses on the destruction of the killer wolves more than anything and takes her grandmother’s place as gatekeeper of the forest. Romeo (yes, the singer) has a cameo for some reason.

A demon hunter is called to help a small town that has unfortunately been plagued with a demon. It jumps from body to body, possessing each host and promptly murdering everyone in sight. Once the host of the demon is killed, it jumps into the person who killed it. Anything with Dolph Lundgren usually screams B-movie, but this was a solid watch despite a few of the usual B-movie quirks.

A mysterious virus has spread throughout a zoo and has ruined its grand opening. Unfortunately for this small group of guests and staff, the virus turns the animals into, you guessed it, zombies. The movie as a whole wasn’t very wow worthy. It seemed Jurassic Park-esque, just without the dinosaurs. The best (worst) part about this film would have to be the abysmal attempt at CGI.

Another anthology movie mostly based on found video footage, a la “Paranormal Activity.” Although the footage was created by different directors (with different scenarios), they each tie into the overall plot. It follows a group of thieves in search of a special videotape. From what it seems, this particular group was chosen deliberately.

They end up inside of what seems to be an abandoned house. As the robbers search for the special tape, they’re met with dozens of other tapes, and the homeowner who has been decomposing in front of several TVs. They watch five, which become the basis of the plot of this movie. They each meet their demise when the homeowner, who is now a zombie, kills them all.

Of the five, I thought Tuesday The 17th (third tape) was the most interesting due to the nature of the entity the campers were dealing with. You couldn’t see the entity or even record it, as the entity would cause electronic interference. You can hurt it as shown by the traps set by one of the campers.

As a fan of a good anthology series, I thought I’d give this a shot. This movie is made up of 26 short short films, all created by different directors. The shorts all revolve around a death scene. As much as this is supposed to be a horror movie, I found more humor and just plain weirdness more than anything. One of the weirdest was R is for Removed. Directed by Srdjan Spasojevic (“A Serbian Film” [NSFL]), it contained mostly shots of skin being cut from a severely burned man. The man then wakes up, kills everyone around him, escapes the hospital then ends up at a train yard. He then proceeds to push a solitary cab and drops dead. I’m not entirely sure what the point of this was. Regardless, I’d recommend watching due to the variety (minus a few ripoffs). Below is a list of the names of the short films and their directors.

Soy sauce is a staple for most meals in Hawaii. In this movie? It’s the craziest drug ever conceived. We follow one of our protagonists, David, who is giving an interview to a reporter for a magazine.

The reporter, played by Paul Giamatti, was doing a scoop on the effects of the paranormal. David provides us with a flashback to narrate his and John’s adventures with the drug, soy sauce. Apparently soy sauce is a black watery drug with spikes that, when looked at closely, turns the user into a portal for beings from other dimensions to come through. These beings are invisible to humans not on the sauce. In addition to that, the sauce gives the user unbelievable powers such as floating, telekinesis, time travel and psychic abilities among others.

This was my favorite out of the 10 that I watched. It is your typical college-kids-going-to-the-cabin-for-the-weekend story, except for one thing: zombie beavers that end up terrorizing the cabin goers and killing everything they can. Unfortunately for our protagonists, getting bit by one of these beavers turns them into a human zombeaver. It was unique that the director decided that instead of using CGI for its zombeavers, he used animatronics. This movie ticks off everything you need for a B-movie: poor acting, bad CGI (blood and when the animatronic beavers jump on people), bad special effects (gore) and of course, gratuitous nudity.